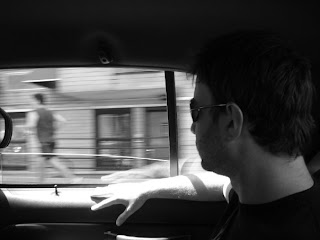 Our time in meandered on in a haze of hot and cold days where we left the hotel in the morning and kept walking until our return at night. We spent our days exploring the city, shopping, taking long lunches, sitting in parks, drinking in and then swallowing it whole at night. And just when we felt we had discovered everything there was to see in one area we were exploring we took a turn north and realized how much more there was to see.

At times I wished that we had not made plans to travel further up North at the end of the week to , but on the other hand I was looking forward to seeing so much more of the country. At the beginning I chose to soak everything in. We took a tour bus around the city and firmly decided that we would never be so stupid again. We headed towards the Statue of Liberty and instead of standing in line for 3 hours with the rest of the tourist trailers we decided to hop on the Staten Island ferry and take a free trip across the water to see the view of in all her glory. We waved to Miss Liberty and contemplated what it would be like to ride the ferry every day to work.

On our way back we took a walk around Wall Street and took a moment by Ground Zero. It seems that no-where on this little island is free from tourists, but then on second thoughts I cannot complain, it is not as if we have been anywhere other than the tourist trail, so for now I just accept it. 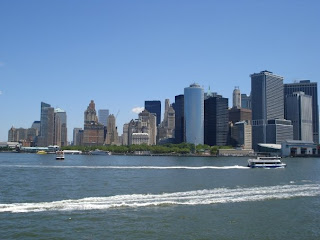 We carry on and find ourselves in surrounded by plastic bags, fakes leather belts, Christian Dior and Valentino pours out onto the streets and everyone is walking around with black bags filled with the not so designer goods they have bought. Deep into we find a little place to eat which gladly did not have a tourist in site and gathered our second wind.

Back on the road we headed up towards Soho and excitedly raced each other into Urban Outfitters and competed as to who could do the most damage to their credit cards… I may have won.

Our days continued in this way, until one evening the Israeli turns to me and says, “You really have not bought anything. Tomorrow we are going to have Channah day. We’ll do anything you want… I will be the bag carrier.”

So the next day we began Channah day with a hearty breakfast and many coffee refills before heading out towards downtown on the hunt for dresses, shoes and Aveda shampoo. After hours of walking around, buying little we finally found the Aveda store. Once in I promptly began filling my basket full of the Shampoos and potions I had been lusting after since our arrival, when the lady offered me a rejuvenating massage before I head back out onto the street to shop some more. I sat there as she massaged my shoulders and scalp and hoped that the Israeli was taking notes to do it again to me once we returned to our hotel.

Half an hour later feeling relaxed and slightly light-headed, my wallet significantly lighter we made our way further south towards towards The Magnolia Bakery. We got directions from the chatty owner of a local Irish pub, who informed us that there was no way we would miss it for the line of people we would see outside. However when we got to Magnolia we realised that perhaps we had underestimated his warning… the line went all the way around the block! But we were there and despite the Israeli insisting, “It’s not the holocaust! Why are we queuing for food!” we waited it out to try the most famous cupcakes in .

The line was filled with tourists, Japanese school girls with their cameras at the ready, the odd New Yorker who spent the entire wait bitching at how many tourists come to their beloved local bakery. Once in it was a race to the finish line, who could get the best cupcakes and get out alive! The thing is, although the cupcakes were definitely delicious, I prefer to be able to pick the food I want, instead of the limited selection that was available to me. Channah day ended so peacefully with drinks with a friend and a good night sleep… I wish every day could be Channah day.

Posted by channahboo at 1:59 pm