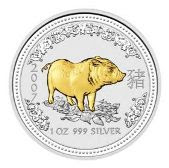 Today was definitely a new day for me. I went to sleep early and woke up before dawn refreshed and ready to start a new day, with a new attitude. I got in the first boiling hot shower I have had all winter and remembered that the hot water was always more efficient in the mornings. After I steamed my self out I walked around my apartment, got dressed, dried my hair and listened to the sound of rain outside my window. I remember this time of year from last year. It has to get worse before it can get better, and now is the countdown to the end of the storm. In the meantime we have a storm to live through. I thought about this and I smiled.

I did not even mind the fact that my car was parked a block away and that the downpour clearly meant that drying my hair straight would be pretty much a waste of time. Dressed and ready to leave the house I took another look around the place, checked myself in the mirror and decided that although I was still early for work, there was no need to put on make-up. I walked through the streets to my car and I did not even mind when I stood in a puddle, soaking my foot in the process. In fact I laughed.

I arrived to work, the only person in the office apart from one Lawyer who it would seem had pulled an all-nighter. My happy mood followed me all the way to my desk, through most of my emails until one particularly obnoxious lawyer’s rant of an email really wound me up. Now I am gritting my teeth and wishing the little runt was here so I could give the ignorant piece of shit a piece of my mind! I grit my teeth. Something I have been doing a lot lately which explains the headaches I keep getting.

Anyway, It is funny that; the fact that the email got me so angry. I mean most people I know when they don’t really care about something they don’t let the things around it annoy them. Take my younger sister for example. In general she just does not give a shit, unlike her twin who takes offence quickly, she does not really care what happens around her. I on the other hand do care very much… even when I don’t. What do I mean? Well, my job is hardly my career. It is not the job I was trained in, nor the job I choose to have for the rest of my life. I am neither passionate nor inspired by it… and before you ask, yes I have been passionate and inspired by previous jobs which were in fact a career. However, when I made Aliyah there were things I gave up to live in the country of my choosing, and my previous career was one. Nevertheless, if I do not care about what I am doing then why should I care if someone criticizes my work? It makes no sense. So too, if I am emotionally detached then why do I care if I feel like others are emotionally detached from me. I cannot expect someone to show me the love if I keep mine close to my own chest. Yeah well… a nice thought in theory, but when it comes to the workings of this heart I have always been ‘show me a little and I will give it all’, so I guess the fact that I feel at times like I am getting nothing shows me that keeping my heart closed is not necessarily a bad thing… protect yourself boo.

I then come to an email from a Chinese associate informing the office about their forthcoming national holidays due to the New Year. It got me thinking. Now would be a good time to have a New Year. Now when the skies are falling down upon us, it would be good to have a time to celebrate a new year, as if all the problems of last year are being washed away and we will be left with a clean slate and a whole new year ahead of us. This year is the year of the pig, and not just any pig, but the Golden Pig. The pig as an animal is considered “playful, honest, forthright and one who enjoys instant gratification and all life has to offer”. Therefore, the year of the Golden Pig is supposed to be a fun year, “a time to get your sense of humour back”. I could really do with getting that back asap!
According to Chinese belief it is also a good year for children to be born as these children will be destined to lead carefree lives. It then comes as no surprise that condom sales in China, and neighbouring countries who also follow the Chinese zodiac, have fallen dramatically since the new year as couples are eager to conceive so their child can be born in the year of the Golden Pig. However, the flip side is that the year of the pig is, according to many Buddhists and followers of the Chinese Zodiac, also known as the “Year of the Widow”, which as it sounds is a bad time for women hoping to marry. Just a note to all single women out there; if you thought this was your year… forget it! However, on a brighter note, it is the year of the GOLDEN pig don’t forget, so that could mean a whole new spin on the issue… but either way it promises to be a year of fun and frolicking in the mud.

The mud tonight being a meeting with my personal trainer followed by an evening of Karaoke... Dazed Glonut I hope you have been warming up your voice!!
Posted by channahboo at 7:41 am